The dataset for the SSGCI competition has been obtained from a real problem domain of structural pattern recognition: “Document Image Analysis, Recognition and Understanding”. We have selected the “comic book images” as the data source for extracting graph representations, as they have lots of relational information in their content and the various building blocks of the comics exhibits challenging diversity in their shape and attributes while maintaining enough discriminatory information that permits their identification and recognition. The use of comic book images as the source for extracting the graph representations for the competition not only ensures that there is enough variability in the graph dataset, but it also ensures that there isn’t too much variability so that the graph matching becomes too difficult.

The following figure presents some comic book images that have been used for constructing the datasets for the competition.

Figure 2 presents an overview of the preprocessing step and the representation of a panel in a comic book image by an attributed region adjacency graph.

The attributed region adjacency graphs in the dataset for the SSGCI competition are saved in the GraphML format (details here).

A list of attributes are associated with the nodes of the graphs.

The query graphs represent comic characters in comic book images and are constructed in a similar fashion as detailed above. Some examples of  images used for constructing the query graphs in the SSGCI competition datasets are presented below. 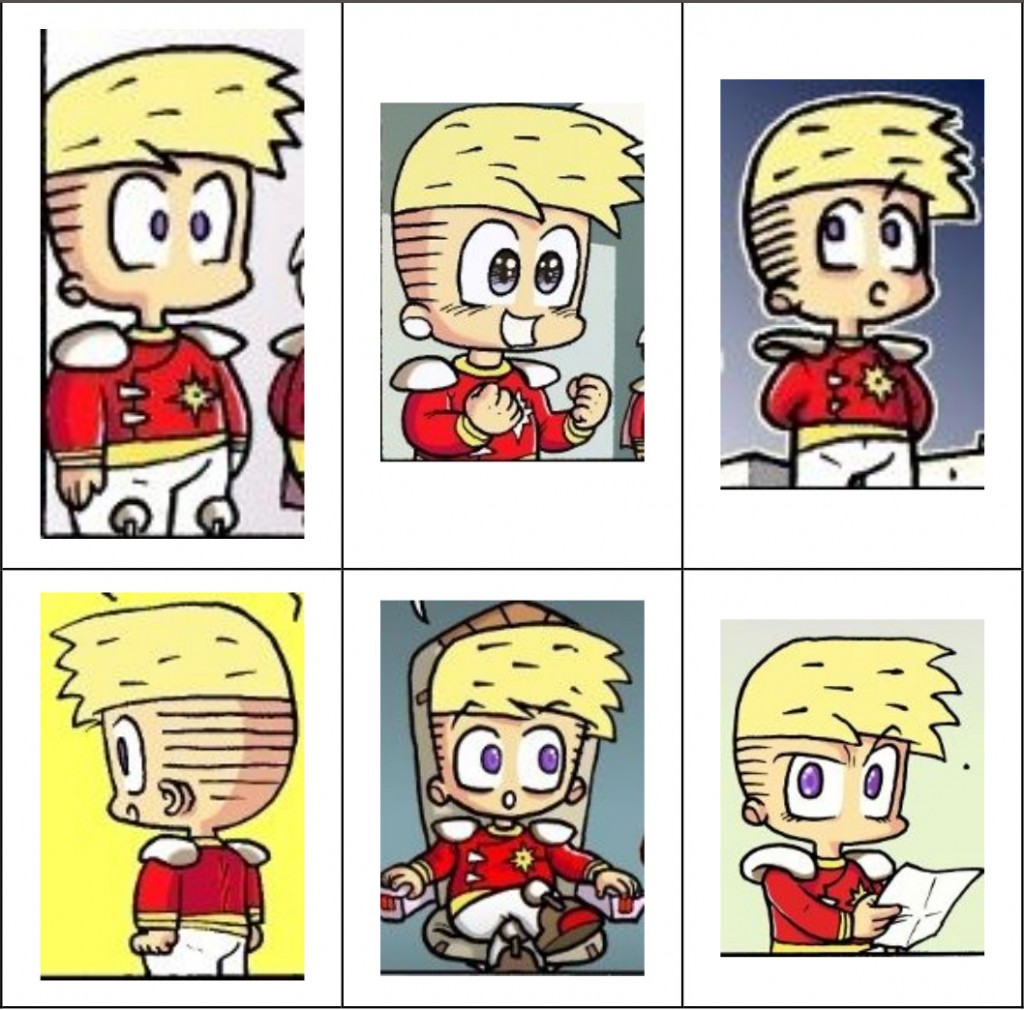 Ground-truth information about the query graphs (representing the comic characters) is extracted and saved in XML format.

The dataset is composed of “sample” and “test”. The sample dataset is provided so that the participants can program, adapt and prepare their methods for the competition. The test dataset is used to evaluate the performance of the participant’s methods (details on evaluation protocol here).

The sample dataset is comprised of the following:

The test dataset is comprised of the following:

Dataset will be made publicly available

After the announcement of results at the ICPR 2016 in December 2016, the datasets used for this competition will be made publicly available for the research community, so that the researchers working on the similar research problems can make use of these datasets. This will permit the researchers to benchmark and/or compare their methods, with state of the art works, on SSGCI dataset.